← more from
Second Language Music
Get fresh music recommendations delivered to your inbox every Friday.

I Lived In Trees + Leaves EP

by Mark Fry/The A. Lords 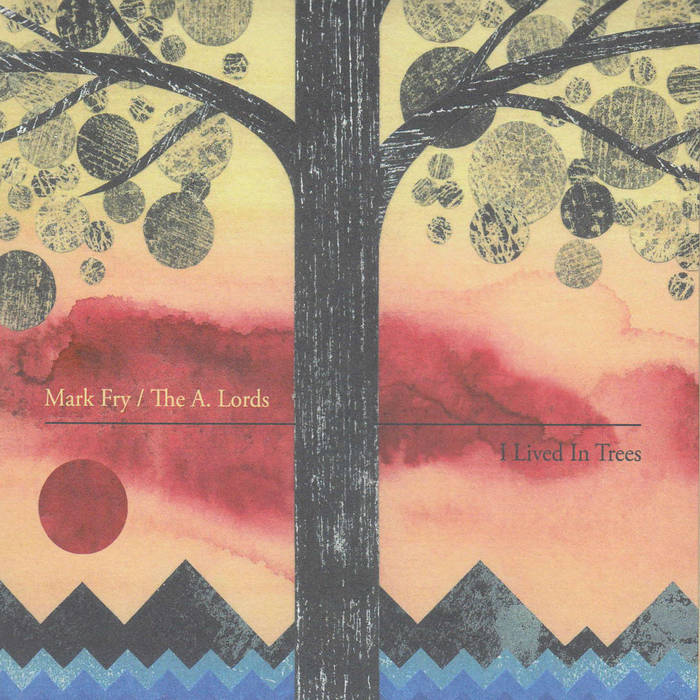 Released by RCA Italy with little fanfare in 1972, Mark Fry’s Dreaming With Alice is one of those very particular albums whose potency and poetry seem to owe everything to their era but whose virtues only gain traction, and with it coach-loads of interested parties, many years, if not the odd epoch, after their conception. Effectively a late-period psych-folk obscurity that became a record connoisseur’s Holy Grail once all things vaguely Incredible String Band-shaped became once again à la mode in the middle of the last decade, Dreaming With Alice, frequently bootlegged and described by Dream magazine as “one of those albums that feels like a secret you can’t wait to share”, had finally found its time and place.

All of which came as something of a surprise to the mature Mark Fry, by then long domiciled with wife Roxy and pug dog Missy in rural Normandy. He had recorded the suddenly-venerated album on the hoof as an itinerant, felt-hat-disporting, teenage art student during an idyllically hazy-sounding sojourn in Italy, several lifetimes ago. Subsequently devoting himself to painting (although intrepid travels, from Newfoundland to Timbuktu, also kept him busy), Mark, the son of an artist and the scion of Roger Fry, of Bloomsbury Set fame, was happily astonished to finds himself a belated cult music attraction and was soon pressed into reissuing his dimly recalled juvenilia to sate the long-deferred demand.

Duly inspired, Mark began to re-explore his songwriting (and new-fangled digital home recording), releasing Alice’s follow-up, Shooting The Moon, in 2008, a mere 36 years after its predecessor, and even dipping an assured toe in live performance. Subsequently hooking up, courtesy of the internet, with acclaimed Wessex exponents of all things musically arcane, The A. Lords (aka Mike Tanner and Nick Palmer, also sometimes known as Plinth and Directorsound, among innumerable other recording aliases) for shows and recording, Mark had stumbled upon like minds from a different generation, equipped with a splendidly esoteric instrumental arsenal and a shared predilection for the timelessly bucolic and the eccentrically English.

Working sporadically yet inexorably over much of the next three years, they would carefully hone the tracks that would become I Lived In Trees, Mark’s forthcoming opus, set for release by Second Language at the close of the summer. Recorded in Normandy, Dorset and Oxfordshire, it’s a chamber-folk album of instant, copasetic allure, hallmarked by Mark’s painterly take on existence and memory; its often affecting lyrics, rich in nature metaphors, etched with nostalgia or set in poignant dreamscapes, all leant clarity and an almost Zen-like stillness by the A. Lords. An exploration of landscape, at once external and internal, brimming with tunes that billow in like seeds on a breeze only to linger like hardy perennials, I Lived In Trees is the work of many hands, with subtle string arrangements by Steve Bentley-Klein and adroit mixing by Lemon Jelly’s Nick Franglen.

It’s taken a while, but it’s surely been worth it; and unlike Dreaming With Alice, this one won’t need a time machine to find its target audience.