← more from
Second Language Music
Get fresh music recommendations delivered to your inbox every Friday. 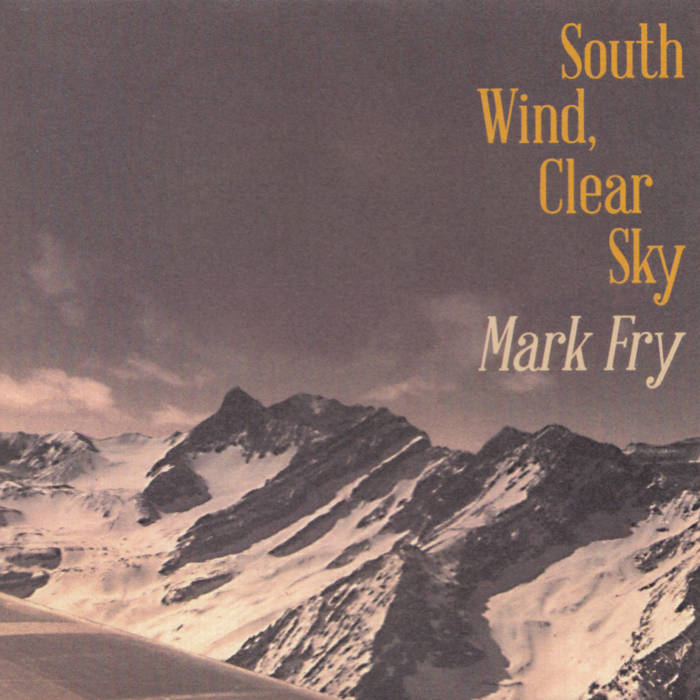 S.V. Lasko So glad to find out about these Mark Fry albums! Tremendous compositions, lyrics, and performances as ever.

Perhaps still most widely recognised for Dreaming With Alice, his 1972 psych-folk debut for RCA Italy as a 19-year-old art student-troubadour, Mark Fry has been turning his creative gaze on the world, and alchemising its elements into shimmering, quietly visionary works of art, ever since. Certainly not an artist who dances to the music of time in any conventional sense, Mark, a respected, and collected, painter, most often to be found holed up in his Normandy farmhouse studio, allowed more than three decades to glide by before recording Alice’s follow up, 2008’s Shooting The Moon. His subsequent musical activity has been frenetic by comparison.

Mark’s beguiling, Arcadian-flavoured 2011 Second Language album, I Lived In Trees, recorded in collaboration with The A. Lords – musicians from a more recent generation of psychedelic-folk experimenters – proved a major critical hit, demonstrating that Mark Fry’s musical stock lay not only in the Paisley-hued haze of his Aquarian Age youth, but also in the full glare of the postmodern, internet-facilitated present. A series of concerts in Japan and Scandinavia, and a widely reported ‘supergroup’ London showcase, featuring members of Mercury Rev, Super Furry Animals, Tunng and Lemon Jelly, further evinced the subtle but inexorable diffusion of the Mark Fry legend, something abetted by BBC Radio 4’s Today programme airing an interview with Mark in the wake of Trees’ release.

All of which brings us to Mark Fry’s latest, most exquisitely realised musical offering to date, South Wind, Clear Sky. Sung with that now familiar alloy of cool restraint and wondering innocence, and passingly reminiscent of the kind of English pastoralism associated with the likes of Kevin Ayers or Bill Fay, the album’s leanly arranged yet immersive songs are propelled by Mark’s glinting, plangent guitars and deliciously embroidered by John Parker’s double bass, Angèle David-Guillou’s piano and backing vocals and Katie Lang’s French horn, all bound together by producer Guy Fixsen (My Bloody Valentine, Stereolab) into a delightfully iridescent whole. For all its finely honed arrangements, and the translucence of its recording, South Wind, Clear Sky is still very much the work of the man who made Dreaming With Alice; the mature Mark Fry’s feeling for wonderment and magic, for the dreamlike and the innocently surreal, is just as pervasive, and persuasive here, only more focused, and etched against a more luminous, even heavenly canvas.

Where the lyrics on his last album found Mark reaching up through the summer branches toward an azure sky, here that celestial dimension provides the focus for eight shimmering chamber-folk essays whose wistful narratives of flight and fancy and empyrean romance purr and soar with a stately grace, like the ‘Aeroplanes’ of the album’s richly melodic opening track.

Partly inspired by the work of French writer, poet and pioneering aviator Antoine de Saint-Exupéry – most overtly on the chiming, French horn-decorated ‘Leave Me Where I Am’ (“They found my lightning wings in a corner of the sea / My little prince came falling down with me”) – the songs are as dreamy and gossamer as moonlit stratus clouds, but come freighted with deeper meaning, constantly oscillating between ideas of isolation and self-discovery; between flight, in every sense, and high adventure.

There is something of the latter on ‘River Kings’, which alludes to the extended periods Mark spent in the 1980s travelling the Inner Niger delta in Mali, while ‘Along The Way’ and ‘Little Flashing Light’ concern themselves with what he describes as an “intergalactic love affair”. Mark’s painterly calling, meanwhile, is reflected in the album’s title, which, perhaps suitably, given its contemplative mood, is borrowed from the title of one of Edo-period Japanese artist Katsushika Hokusai's celebrated woodblock print series, Thirty-Six Views of Mount Fuji.